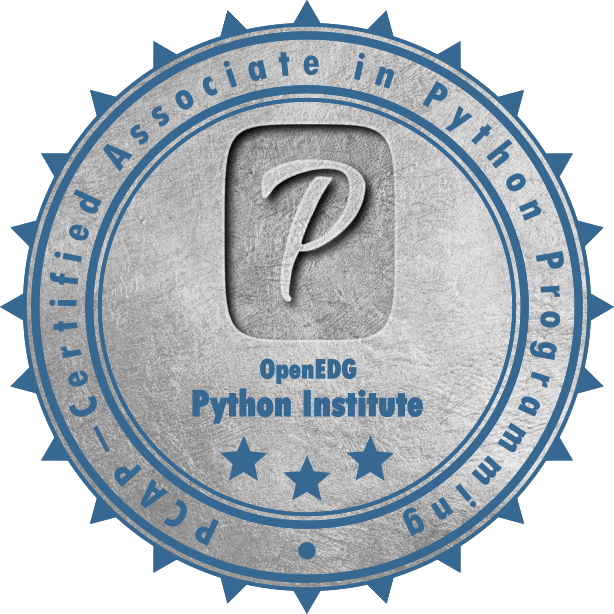 Python Programming course covers all the basics of programming in Python, as well as general computer programming concepts, techniques and the object-oriented approach. The main goal of the courses is to guide you from a state of complete programming illiteracy to a level of programming knowledge which allows you to design, write, debug, and run programs encoded in the Python language, and to understand the basic concepts of software development technology.

This course is distinguished by its affordability, friendliness, and openness to the student. It starts from the absolute basics, guiding the student step by step to complex problems, making her/him a responsible software creator able to take on different challenges in many positions in the IT industry.

Completing the courses can be a stepping-stone to learning any other programming language, and to explore technologies using Python as a foundation (e.g., Django).

1. Introduction to Python and computer programming

The basic methods of formatting and outputting data offered by Python, together with the primary kinds of data and numerical operators, their mutual relations and bindings; the concept of variables and variable naming conventions; the assignment operator, the rules governing the building of expressions; the inputting and converting of data;

Boolean values to compare difference values and control the execution paths using the if and if-else instructions; the utilization of loops (while and for) and how to control their behavior using the break and continue instructions; the difference between logical and bitwise operations; the concept of lists and list processing, including the iteration provided by the for loop, and slicing; the idea of multi-dimensional arrays;

The defining and using of functions – their rationale, purpose, conventions, and traps; the concept of passing arguments in different ways and setting their default values, along with the mechanisms of returning the function’s results; name scope issues; new data aggregates: tuples and dictionaries, and their role in data processing.

The curriculum is designed for anyone and everyone who wants to learn Python and modern programming techniques.

The Python Essentials course series has been designed specifically for students with little or no prior knowledge of programming, especially:

Kindly fill the below form to register for this course.